So I still owe some closing thoughts on my time in Paraguay… working on those, they’ll go up at some point. And you’ll see a lot of Paraguay below as, well, it’s my only proper South American frame of reference for living, not visiting, abroad.

In the meantime we’ve been in Bogota for almost a week now, so some random thoughts.

Altitude – holy cow! Going from 1,000ft to 8,600ft does exact a toll. I’m sleeping more than normal, a couple days I’ve felt hungover despite not having anything but coffee and water the day before, and while I can walk on the flat surface of Septima (7th, a major traffic artery very close to our current apartment), the mere act of climbing the two flights of stairs to our apartment leaves me winded like I’d just jogged a 5k.

For any of my friends who want to visit me, whether Americano or Parguayo, brace yourself.

And brace yourself for some great views.

Weather – between living in Arizona and Paraguay for the last 30 years (which includes a 2 year stint on Tropical Guam), wasn’t completely ready for here. While the daily high, year around, is somewhere around 62F and is absolutely positively wonderful, the lows in the mid-40s while in apartments with no heating can make things a bit chilly. Consider this a big warning, my Paraguayan or Arizonan friends. Particularly Paraguayans, who treat anything sub 70F by bundling up like the little brother from the Christmas Story movie.

Of course, for those looking to come to visit – or just random people who stumble upon this because the #Bogota hashtag, airBNBs in my neighborhood see nice apartments going for about $36/night. No joke.

Huge city – population of about 9m or so, about 40% more than all of California-sized Paraguay, let alone Asuncion or Tucson, which hover around the 1m mark. Our current apartment is on the cusp of the “rich” area, which is awesome for:

FOOD – holy hell. I think I melted FourSquare looking for nearby places to eat.  We had north of 90 within a half mile. Lots of interesting places, it seems. Hooray. 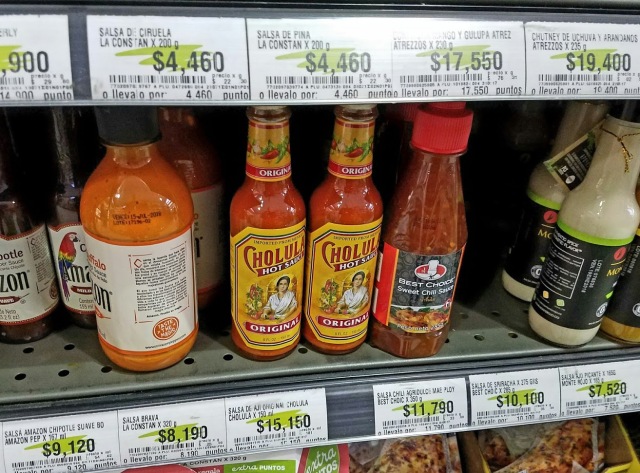 Within 96 hours of landing I have found one supermarket that sells Cholula and another place that sells Sriracha, so I’ve got that going for me. Makes up for…

BEER – big drop off from Paraguay thus far. Bogota Brewing Company is ok… not quite on par with Paraguay’s Sajonia, let alone the mighty Herken. Not bad, but not great. I’ve tried several other local Colombian beers and don’t think I’ve scored any non-BBC beer above 3 out of 5. Not impressed. Seems there is to be some tour of some of the craft breweries this weekend, hoping to get my name on the list, though as “Not A Teacher”, I, once again, am orbiting the school social scene like the moon and the Earth. Or maybe more accurately, Halley’s Comet … as you see the moon nightly.  While the beer is woeful, and mis amigos from the AcervaPY leave most of what I’ve tried in the dust, Bogota does win equally going the other way with…

COFFEE – Colombia is the 3rd largest producer of coffee in the world. (Bet you can’t guess the second offhand!) … and it’s all over. Great stuff at the supermarkets as well as a coffee places all over. Side note, this lead to a great quote from a younger teacher new to the area that just makes me feel old. She was talking with my wife and said something to the effect of “They’ve got this coffee here and it’s even better than Starbucks. It’s Juan Valdez!”  Upon hearing that all I could think of was my younger years when Juan Valdez was as good as it got in the US before the raise of Hydra…er Starbucks. 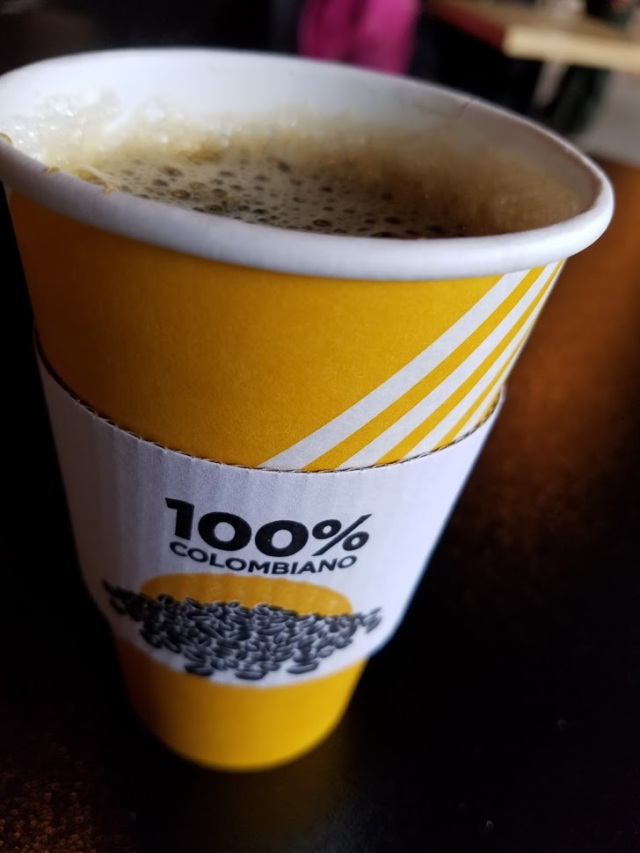 Currency – Paraguay was ballpark 5,000 Guarani to the dollar. Values slowly went up or down, with larger trends which saw the dollar slowly go from 4,200 when I arrived to about 5,500 when I left. Here it’s 3,000 Pesos to the dollar. Or so. Apparently it can fluctuate like 15% in a single day or so. And while it’s fairly easy to mentally convert prices, just divide by 3k, after about two years of using 5k I have to think all my conversions over twice.

Peoples – Done some minor touring of the city while doing requisite paperwork with some of Katie’s school’s HR staff and met some of the both Gringo and local teaching staff. Everyone we’ve met has been super nice and friendly. Which is swell. My worst fear here is not getting mugged, kidnapped by some rebels out in the jungle and held for ransom, but rather just being lost and anonymous in a city of this size, particularly after my time in Asuncion where I had some great local friends and couldn’t even do the 5 minute walk to the mall to pay my bills without waving at 5-6 familiar faces and talking futbol with 1 or 2 on the way.

i am from arizona, lived three years in asuncion and now reside in bogota. i am married. have a limited budget, but like to travel. i also like beer. and food.
View all posts by perducci →
This entry was posted in Travels and tagged Bogota. Bookmark the permalink.